Matthias Lupri (born Germany '64) grew up in Manhattan, Kansas and Alberta, Canada. Starting on drums at the age of 12, he played professionally throughout his teens and early 20's around Canada, including work with Canadian Juno award country singer George Fox and hard rock bands Full Circle and LA Roxx. Once introduced to jazz vibes through a college music program and hearing a Gary Burton album, Matthias found a new musical expression and enrolled at the Berklee College of Music in Boston to study with the legendary vibraphonist Gary Burton. Since graduating, Lupri's jazz groups have toured internationally, and appeared on many television shows and radio spots. Some recent jazz performances include major jazz festivals such as Montreal, North Sea, Atlanta, Litchfield, Ottawa, Seattle, Boston, Vancouver, Toronto, Halifax, Hartford, Edmonton, Minneapolis, Berkshire, and well known jazz clubs such as The Top of the Senator in Toronto, Regatta Bar in Boston, Blues Alley in Washington, Outpost in Albuquerque, American Jazz Institute in California, Knitting Factory NYC 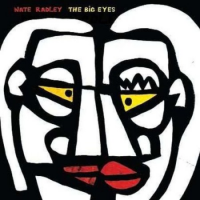 Jazz musicians often emphasize the importance of having big ears when finding a place in the music, but big eyes are equally important. Tunnel vision and a general lack of ability to see the big picture have plagued many a musician, but guitarist Nate Radley needs no corrective musical lenses. Radley's panoramic outlook and long range ...

With this program of original compositions, vibraphonist Matthias Lupri takes his modern mainstream sextet through a series of musical adventures. Along with the standard timbres of an intense unit from today's contemporary jazz scene, he also employs electronic ideas to season the session with an added flair. (Another) Lost Creek, “Dream Nocturne, “Time Design, ...

More than five years on the road as a rock, blues and country drummer gave Matthias Lupri lots of days and nights to hone his craft as a vibes player and, as Transition Sonic so splendidly shows, to develop his skills and vision as a composer. This CD, featuring a sextet, is best heard ...

Matthias Lupri: Shadow of the Vibe

While vibraphonist Matthias Lupri is a relative newcomer to his chosen instrument he has managed, in the space of only few short years, to emerge as an artist who is garnering increasing respect, not only as a player, but as a writer as well. With four albums under his belt, including the recently-released Transition Sonic, Lupri ...

Vibraphonist Matthias Lupri has always captured the essence of straight-ahead jazz at its best. He provides a groove over which his bands improvise in the classic tradition. Echoes of Gary Burton, Bobby Hutcherson, and Milt Jackson abound. From this modern jazz historical foundation, however, he's always felt free to explore. With his latest release, ...