AAJ's Guide to NYC Jazz Venues in the New Decade

In its nearly eight years of existence, All About Jazz has become the foremost chronicler of live jazz in jny: New York City. Our monthly issues, like bibles in hotel rooms, have found a place in nearly every jazz venue in the city and concertgoers have looked to its pages to keep them abreast of new ...

It's hard to take anything about the Industrial Jazz Group for granted. Even the LA-based ensemble's name is misleading to the point that its leader, Andrew Durkin, feels the need to address it in the header of the group's website. “So we're not really industrial. Were The Beatles really insects?" As explanations go--humorous as they might ... 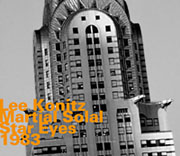 Lee Konitz and Martial Solal were in the 15th year of their recorded relationship in the fall of 1983 and their easy rapport is evident within the first notes of “Just Friends," the breezy opener of Star Eyes. After a cursory harmonic introduction by Konitz, Solal enters with a characteristically buoyant counterpoint that sends the altoist ...

With a name that conjures smoky clubs in cab- forsaken neighborhoods, the approachably progressive ethnic and global appeal of Brooklyn Jazz Underground (BJU) might surprise the uninitiated. The association, which has thrived on the practical notion of collective strength and shared PR, has also served as another example of the musical microcosm its namesake borough has ...

From the first authoritative notes of Sky & Country, the trio Fly's new release on ECM records, saxophonist Mark Turner lays out a conundrum. Over the ambling underpinnings of bassist Larry Grenadier and drummer Jeff Ballard, the saxophonist conjures a sense of ease while unleashing a stream of ideas that take him from the middle to ... 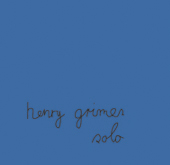 Henry Grimes The Call ESP Disk 2008 The disappearance and re-emergence of Henry Grimes after almost 30 years is one of jazz music's great resurrection stories. The Juilliard-trained double bassist, who began his career in the late 1950s with the likes of clarinetist Benny Goodman and saxophonist Gerry ... 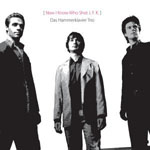 Pianist Boris Netsvetaev's Das Hammerklavier Trio (archaic German for Grand Piano Trio) is a throwback in name only. The fleet, youthful ensemble is deeply entrenched in jazz's 21st century incarnations, embracing genre-hopping styles, global influences and a devotion to collective freedom. The group is also aptly named in that Netsvetaev's piano occupies the foreground for the ... 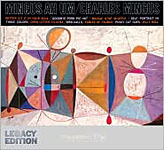 Drop the needle on Charles Mingus' bluesy call to prayer on “Better Git It In Your Soul" and Legacy's decision to include Ah Um in its vinyl series comes into sharp focus. There's simply no better way to hear the 1959 Columbia masterpiece than on 12" vinyl and, while it may be hard to detect the ...

Over his 40-year career, tubaist Bob Stewart has redefined his instrument's role in modern jazz. His thundering, breathy grooves and fluid improvisations have been integral to the work of a who's who of creative musicians, including Arthur Blythe, David Murray and Carla Bley, as well as to Stewart's own impressive discography as a leader. ...