Uniquely combining the superlative technique of a classical virtuoso with his prowess in jazz, world music and free improvisation, pianist, composer and arranger Matt Herskowitz has carved out a unique and personal voice in music. Over the course of the last decade, Matt has produced a series of critically-acclaimed recordings, premiered his works in settings from New York's Central Park to Germany's Köln Philharmonie, collaborated with top classical, jazz and pop artists, and has performed at music festivals across the globe. His newest release, for Justin Time Records, is Matt Herskowitz Upstairs, a solo outing ranging from Gershwin to Schumann to Dave Brubeck to originals by Herskowitz, including Bella's Lament and "Bach à la Jazz," his arrangement of Bach's Prelude in C Minor which Herskowitz previously recorded for EMI's Grammy-nominated soundtrack to The Triplets of Belleville

It is always a worthy question to ask when a pairing like Beethoven's notorious “Kreutzer" sonata with Franck's frankly demonic violin sonata, not to mention the inspired inclusion of Kreisler's “Schön Rosmarin," thrown in for giggles, is released. There is clever reasoning to programming both sonatas on the same disc and it is not simply that ...

12th Edition Of The Xerox Rochester International Jazz Festival Starts In 5 Weeks With Record Number Of Artists, Concerts And Venues

Trombone Shorty Back for 4th Year Rochester, NY— May 13, 2013— The nine-day 12th Edition of the Xerox Rochester International Jazz Festival starts in just 39 days, June 21-29, delivering  a record number of concerts, and more than 1200 artists performing at 19 venues and outdoor stages. Headlining this year are Bob James & David Sanborn ...

"...technically flawless, light years advanced harmonically... Matt is a giant." —Dave Brubeck Pianist/Composer Matt Herskowitz is scheduled to make a solo piano performance at DROM in New York City on Tuesday, March 19 at 7:15pm. The performance will be in support of his recently released Justin Time Records album, Upstairs. As a followup to 2010′s acclaimed ... 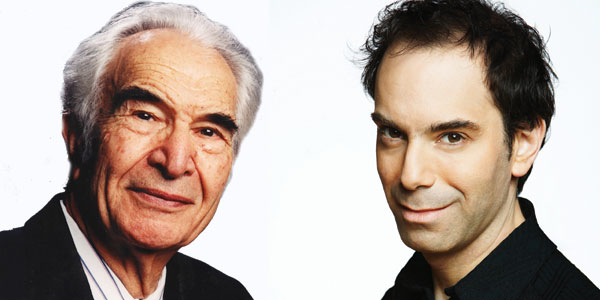 Pianist extraordinaire Matt Herskowitz, currently Artist and Composer-in-Residence at the Lyric Chamber Music Society of New York continues his exploration of the special relationship between chamber music and jazz with a special tribute program to Dave Brubeck, accompanied by his jazz trio and the Sweet Plantain String Quartet. From Bach To Brubeck showcases the influence the ...

Montreal-based pianist and composer Matt Herskowitz, the lead thinker behind MaD Fusion, a regular contributor to the Absolute Ensemble and Artist-in-Residence at the Lyric Chamber Music Society of New York, is presenting the world premiere of his latest work, “Jerusalem Trilogy," as part of the Victor Borge Centennial celebration at Scandinavia House in New York City ...