Jazz Drummer I had played with Slim Richey and the Jitterbug Vipers since 2009 till this summer 2015, featuring Sarah Sharp. This band won the best jazz band at Austin Chronicle Music Award 2013-14. Actually Slim Richey won the best electric guitarist, Francie Meaux Jeaux won the best bassist, I won the best drummer, and Sarah Sharp got listed in top #6 for CD producing, song writing, female vocal, many more .... We got listed in top 6 for 12 categories! We toured around Oregon/Seattle, NY, LA, UK, and Music Festival at Albenga Italy. Our latest/last CD "Phoebe's Dream" had been on over 90 radio stations and we were featured on the NPR show called "Michael Feinstein's Song Travels" on January 2014, then replayed nationwide in spring 2015, too

Rich Harney has been illuminating the Austin jazz scene as one of its brightest stars for the last decade. His remarkable talents as pianist, composer, and vocalist have gained him acclaim from the Austin American-Statesman as “one of Austin’s most valuable musical resources.” The Austin Jazz Players and Critics Poll honored him in 1993 as Composer of the Year, Best Songwriter, and Best Male Jazz Vocalist. He also received second place honors in the Austin Music Umbrella’s 1992 Composer Competition. In a 1990 competition adjudicated by Branford Marsalis, MUSICIAN Magazine named Harney’s Sextet as one of the “Twelve Best Unsigned Bands Nationwide”. Harney has performed extensively as band leader and ensemble pianist with Gene Ramey, Tony Campise, Carmen Bradford (Count Basie Orchestra), Martin Banks (Duke Ellington Orchestra), Clifford Scott and Ted Piltzecker (Director, Aspen Music Festival’s Jazz Program)

Austin, TX - A live stream broadcast from Austin is giving music fans a great opportunity to see and hear what Texas Jazz is all about. Berklee grad Masumi Jones is producing the monthly Jazz At Noon series and taking it worldwide via Ustream TV. A recent episode included visiting multi instrumentalist /composer Alex Coke (Creative ... 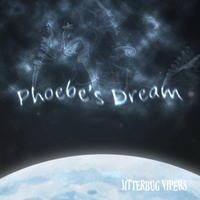