ALEXIS TCHOLAKIAN - JAZZ PIANIST & COMPOSER Alexis, born in Paris in 1969, is a pianist currently residing in France where he has enjoyed a fair amount of notoriety over the past decade. He studied classical piano, until his teen years, with Huguette Agédérian (concert pianist / first prize of the Académie Marguerite Long). In 1990, he won a scholarship to study jazz at the famous « Berklee College of Music » in Boston. Back in France, he developed his jazz playing with the well known jazz master Bernard Maury, friend of Bill Evans and Michel Petrucciani. Alexis Tcholakian has played in many venues in France, England, Germany, Switzerland, Morocco, Algéria, and often plays in Parisians jazz clubs (Petit Opportun, Sunset, Sunside, Petit Journal Montparnasse, Jazz Act, Caveau des Légendes, 7 Lézards, Opus Café, Franc-Pinot, Archipel …) Alexis is also a sideman for many jazz singers in France. Under his own name he has recorded 4 different trio CD's ; released in 1996, 1998, 2004 and 2011, a solo piano CD « Search for Peace » released in april 2008, a solo piano DVD « Self portrait » (2008) and a Trio DVD « Play Time » (2010). His lastest Trio CD « POETIC MEMORY Live @ The Sunside », was recorded live at the famous Sunside Jazz Club in Paris (released in november 2011 - Label : Aphrodite Records). ​ New recording Alexis Tcholakian Trio "INNER VOICE" Vol

Louis Bariohay discovered the guitar at the age of ten years, the Academy of Music in Marseille. Then he participated in two "International Music Seminar" in which he detailed his knowledge of the instrument JOE DIORIO TAL FARLOW, FRANK GAMBALE, BOB BERG. He began himself to practice the teaching of the instrument in 1987, giving private lessons and organizing internships and other "master classes". In 1998, he met his former teacher: JOE DIORIO. Therefore, the two guitarists occur duo concerts and festivals. Louis Bariohay also meet in concert many artists like LIZ MAC COMB, JEFF GARDNER, TONY PETRUCCIANI, PETRUCCIANI PHILIPPE JEAN-PIERRE LLABADOR, BERNARD MARGARIT and Denmark, violinist and bassist TORBEN HARBO PER FOLKE (with whom he recorded a album). It creates multiple successively merging groups with whom he performed and recorded his own compositions as well as jazz standards. His discography shows a personal style based on writing Jazz, Classical and Latin

The Cote d'Azur, France's legendary playground, celebrated the first jazz festival 70 years ago but the concept did not become an annual event until the early 1970s. Set beside the impossibly blue Mediterranean, jazz festivals are celebrated all along the coast from Cannes to Monte Carlo. Here we look at two major events in July, Nice ...

Babel Med Music 2017 Marseille, France March 16-18, 2017 Babel Med Music is at once a public festival, a conference and a trade fare, possessing the capacity to be experienced on multiple levels, as the ratios of these aspects are juggled by the individual attendee. Its thrust is primarily towards ...

It's truly a shame that, all too often, artists with diverse careers become pigeon-holed, defined by the primary genre in which they first achieved notoriety. Take guitarist John McLaughlin, for instance. Ask most jazz fans about him and what will first come out of most of their mouths will include either the words “fusion," “jazz-rock" and/or ... 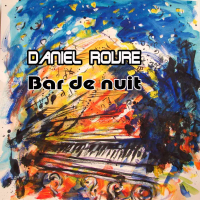 French cabaret, French pop and chanson have a long and rich history, from Edith Piaf’s classic recordings of the 1930s, 1940s and 1950s to the soundtrack of the 1966 film Un Homme et une Femme (A Man and a Woman). And in recent years, the chanson tradition has been kept alive by younger vocalists such as ...

By Kelly O'Neil Relying on the linguistics of music as the international language is not entirely necessary to fully appreciate Daniel Roure’s Le Temps d’un Jazz. The Marseille native has been immersed in jazz and French music his entire life. It is no surprise that his composing and performing prowess feels completely natural. Roure surrounds himself ...