After years of playing guitar, writing and recording music , I finally produced a CD called "KoMHtA" in 2010. KoMHtA is also the name of the fictitious band featured on MySpace adn Facebook. That stuff is just for fun; the important stuff is the music. In 2012, the seccond KoMHtA CD, called "Haiku Mortar" was released. The music draws from a wide variety of influences: rock, experimental, psychedelia; music and sounds from everywhere! Yes, jazz too. For me, my music helps me flee from the ordinary. Hopefully, it will for you too! The songs are usually instrumental, though when the mood strikes, spoken word can be heard. I hope that you enjoy the music, there is more to come. 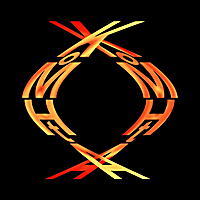 Label: Self Produced
Released: 2011
Track listing: Another One of Those Days; Comfort; Fido; Lazy Rat Reuben Head; Menacing; Numbskull; OK, So Yours Can Do That...; One More Mystery; Troublesome; What Can I Find?.

Multi-instrumentalist Mark Huotari and his fictitious band-mates execute a delightful sequence of musical events on the download-only KoMHtA. With traces of classic British progressive-rock and psychedelia amid a contemporary slant, the music is constructed on layered instrumentation, whispery themes and sublime melodies. Huotari's affable arrangements boast polytonal treatments and catchy hooks, although he doesn't ...