Born and raised in Kobe, Japan (on March 25, 1961) Ozone was playing the blues organ by age four, the product of a jazz organist father and the musically rich environment he was brought up in. It was an Oscar Peterson concert that turned him on the piano at the age of twelve. The talents of the legendary pianist caught the young boy by total surprise and inspired him to tackle the instrument himself. It is with special pleasure then to hear that the very same Oscar Peterson regards Ozone as an "outstanding pianist. Firt of all, his trechnique is extraordinary. And secondly, there isn't an ounce of waste to his performance 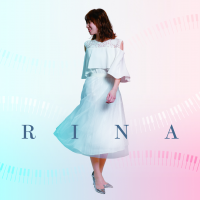 Japanese pianist Rina's eponymous debut is intelligent, graceful and passionate, and showcases the young artist's multiple talents. A protegee of renowned pianist Makoto Ozone, who also produced the release, Rina received a full scholarship to Berklee College of Music as well as other accolades, including third place in the 2018 edition of the international 7 Virtual ...

To think of Alice Soyer is to immediately get in touch with your feelings. Soyer is a most accomplished composer, pianist, and vocalist, who also brilliantly shares her distinct impressions through her drawings and paintings. Born and raised just outside of jny: Paris, Soyer's art, in any form, denotes the cherished moments and adventures of her ... 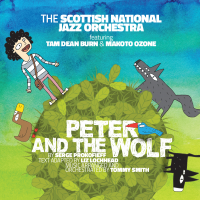 An especially creative jazz ensemble like the Scottish National Jazz Orchestra (SNJO) seldom has time to look back or dwell too long on past achievements. The last couple of years, however, have been marked by several milestone events with even more still to come. In fact, the band has been so busy with performing, recording and ...

Born in Japan, up and coming pianist Rina Yamazaki has lived in in the USA since she was accepted at Boston's prestigious Berklee College of Music on a full scholarship in 2015. Both before moving to the US and after Yamazaki has earned a number of well-deserved accolades for her high-level musicianship. From receiving the Jazz ...