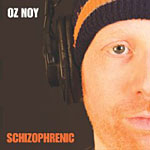 While other fusion guitarists have received wider international acclaim, Israeli-born, US-resident guitarist Oz Noy has been working in the trenches, slowly amassing a discography as impressive for its writing as it is his tastefully virtuosic playing. Schizophrenic, the guitarist's fourth release since his 2005 Magnatude Records debut, Ha!, demonstrates considerable growth in both departments. Straddling the ...

School of the Arts