Lupa: singer song-writer, producer, arranger, band leader and founder of indie label Lupamusic. Lupa, Italian-born/raised in Milan now resident in the UK, begun her artistic career at the age of three with classical piano lessons and modeling for the house of 'VOGUE Children' magazine in Milan. She studied the Dramatic Arts in Italy (training with popular and controversial theatrical duo FRANCA RAME and winner of the 1997 Nobel Prize in Literature DARIO FO') and in England where she obtained L.A.M.D.A (London Academy Of Music & Dramatic Arts) acting qualifications. Lupa pursued the acting vocation on the British stages and screens being featured in various independent stage productions and short films

Lupa is a Latvian four-piece band. Their music fluctuates between funk, soul, electronic and jazz. In 2019 Lupa released their warmly welcomed debut album, Sequences and Consequences (Jersika Records, 2019). Koki // Sketches of Trees is the follow-up. The album features eleven tracks with a heavy electronic influence. The band follows its debut aesthetic ... 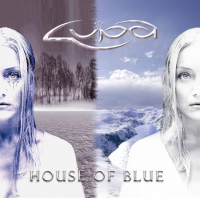