Three-time Grammy Award winner, Lucinda Williams has been carving her own path for more than three decades now. Born in Lake Charles, Louisiana, Williams had been imbued with a “culturally rich, economically poor” worldview. Several years of playing the hardscrabble clubs gave her a solid enough footing to record a self-titled album that would become a touchstone for the embryonic Americana movement – helping launch a thousand musical ships along the way. While not a huge commercial success at the time Lucinda Williams (aka, the Rough Trade album) retained a cult reputation, and finally got the reception it deserved upon its reissue in 2014

On September 20, 2019, tenor giant Charles Lloyd wrote, “I am quite at a loss to express the acute pain I feel learning about the departure of my brother and long time friend, Harold Mabern. This hits very close to home--we go back to the early 1950s when we were both members of the Rhythm Bombers ...

Nick Drake recorded three of the most sublime albums in the history of folk-rock (or any other genre) in his brief lifetime. He died in relative obscurity at the age of 26 in 1974. A devoted cult following has emerged, and his stature has grown immeasurably in the decades since his passing. Drake's work has been ... 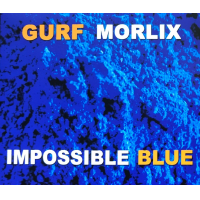 An object lesson in simplicity, Gurf Morlix' Impossible Blue is one fast shuffle away from pure excellence. Yet even with due recognition for this, his tenth album, the Americana Award-winning man may yet remain better known by association: collaboration with Americana master Peter Case on his eponymous debut and as a fifteen-year tenure Lucinda Williams (during ...