Hardcore might be the best way to describe the Blues singing of Lucille Bogan. While many of the Classic Blues singers of the 1920s tackled risqué and controversial issues in their songs, Bogan almost exclusively focused on explicit sexual themes, like prostitution, adultery and lesbianism, and social ills such as alcoholism, drug addiction and abusive relationships. Bogan was born April 1, 1897 in Mississippi but grew up in Birmingham, Alabama. In 1923 she made her first recordings for the Okeh label in Atlanta, Georgia. The records apparently didn't sell well because she didn't record again until 1927 for the Paramount and Brunswick labels after moving to Chicago. Between 1933 and 935 she performed and recorded under the pseudonym Bessie Jackson and worked with pianist Walter Roland 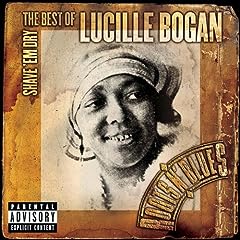