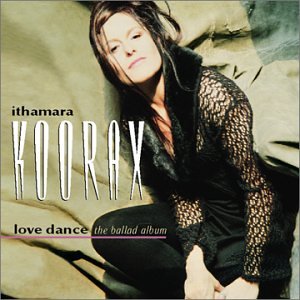 Ithamara Koorax has released several albums in Brazil and Japan, but Love Dance is only the second US album for this star from Rio, the follow-up to her debut Serenade in Blue. With her unmistakable voice, Koorax sings English, Portuguese, and Spanish love songs composed by such masters as Antonio Carlos Jobim, Luiz ...