Who is Pattie Crawford aka DIANARA? She recently shot a scene with Orlando Bloom for his new movie "Red Right Hand," also staring Andie MacDowell. As an actress, she has had speaking roles, been a day player and background actor in movies with many other Hollywood stars including Al Pacino, Russell Crowe, Kurt Russell, Nicholas Cage, Selma Blair, John Cusack, George Lopez, Kevin Sorbo, Frank Langella, Dakota Fanning, Taye Diggs, Rumer Willis, Robin Gibbons, Emma Dumont, Andrew Stevens, Leon, even Raquel Welch and Brian Dennehy and the list still goes on..... She's even on the cover of the book "Final Exit" praised by Master P and with Tim Reid to direct the film adaptation which she will co-star! Her image was placed on the side of a limited number of semi-trucks from Jasper Engines, a leader in the auto industry and recognized by Forbes magazine, and "the company received so many compliments on her that they ordered 100 more trucks with her image!" She has graced the covers of fashion magazines, toured with the Vogue models and walked down her share of runways! She has landed several commercials, including McDonalds! She is also a talented voice-over artist! She's even such a talented singer (DianaraMusic.com) that the founder of Big Machine Records (Taylor Swift/Garth Brooks) Scott Borchetta and his wife Sandi, follow her on social media, as well as Peabo Bryson, CeCe Winans, Selina Albright, Nick Sample, Bootsy Collins and a host of other musical icons. DIANARA has a sultry sound that could melt butter but is a multi-genre generating artist who can go from jazz and blues to commercial in a heart beat! With such a broad vocal range and being a voice-over artist, she has the ability to manipulate her voice to fit most styles of music, reaching multiple age groups. She is college-educated and her charismatic personality and professional demeanor is why she was chosen to host last year's Louisville WorldFest which attracted over 100,000 visitors! She is even known worldwide for her lead on a featured series on the TBN Network! "Why haven't you, perhaps, heard of her?" After her father died she put her career on hold to attend to her ailing mother

Kiko Sebrian is a drummer and percussionist that studied at Tatuí's Conservatory (SP/Brazil), Bachelor of Popular Music at Unicamp (SP/Brazil) and was also an exchange student for the project FIPSE/CAPES at the University of Cincinnati in 2012. Since 2005 has been working professionally in various settings and styles, specializing in Brazilian Popular Music, Jazz,Brazilian Instrumental Music and Experimental. He has already worked with artists such as Vinicius Dorin and Vania Bastos. From 2010 to 2015 was a member of the group Lê Coelho e os Urubus Malandros, recording the album Um Samba a Mais, with special participation of Zeca Baleiro and Vania Bastos, making its release in Argentina and later, shows in various cities of Brazil

Jacob Duncan’s musical path has been a fascinating one, consistently balancing a spiritual, intuitive inclination with a keen, educated intelligence. Band leader, composer, arranger and force of nature saxophonist, Duncan’s ensemble playing is as empathetically assured as his soloing is riskily rewarding. Beginning on alto sax at age eleven, the Louisville, Kentucky native soon distinguished himself as the kid who could play. He graduated from the prestigious Interlochen Arts Academy, played lead alto in the Yamaha Big Band in high school, and won a music scholarship to the University of North Texas in Denton, Texas, where he was a member of the world-renowned One O’Clock Lab Band, Little Jack Melody and his Young Turks, and other stimulating outlets, including his own Liberation Prophecy. After graduation and reading “way too much beat literature,” Duncan flew to Lisbon on a one-way ticket with alto in tow, $500, and very little else

Grammy nominated composer/arranger John La Barbera started playing cornet when he was five years old. At the age of seven he was playing gigs with his parents and brothers Pat, and Joe in the La Barbera Family Band. By the late sixties John was playing trumpet in the great Buddy Rich Orchestra. It was on that band that he developed his love for composition and arranging. He went on to play and write for many of the great big bands and is now one of the most respected composer/arrangers in the music field. His works have been recorded and performed by Buddy Rich, Woody Herman, Count Basie, Dizzy Gillespie, Sammy Davis Jr., Mel Torme', Chaka Khan, Harry James, Bill Watrous, The Glenn Miller Orchestra, Al Cohn, Bill Perkins, and Phil Woods just to name a few

The contributions the South has made to America are innumerable and varied. My beloved Virginia, for example, gave such priceless gifts as the Constitution, the Bill of Rights, and seven presidents (I do not count William Henry Harrison, because he was a dumbass). We gave the nation Smithfield ham, Virginia peanuts, Eskimo pies, and the first ... 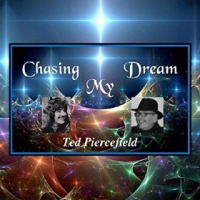 Ted Piercefield's Chasing My Dream, as titled, is interesting wordplay. You see, it not only is a highly accurate description of Piercefield's lengthy career in music and his fierce dedication to the art, but, this superb recording is also a musical acknowledgement and salute to one Bill Chase and his eponymous fire-breathing group. ...

When talk turns to the finest guitarists of the post-war years, Jimmy Raney often is overlooked. So is his son, Doug. Jimmy Raney was born in jny: Louisville, Ky., in 1927, and watched his mother play guitar in the 1930s. Raney studied with guitarist Hayden Causey, eventually replacing him in Jerry Wald's band, where he made ...

Craig Tweddell Quintet: Away with Words 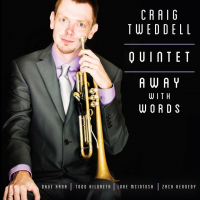 Perhaps it's more than coincidental that Craig Tweddell titled this intriguing recording a snowclone--Away With Words. That might be because this exciting Louisville-based trumpeter/composer hosts a noted weekly jam session at a club named for author and poet--Rudyard Kipling--or, it might suggest most correctly that it's the music that does the word speak here.