She began as a singer in churches in her teens, and spent 11 years as part of an a cappella choir. Turning to jazz, she worked the local Chicago club scene[2] before moving to Los Angeles in 1962 to further her career. She remains best known for her album Alexandria the Great (Impulse! Records, 1964), which featured her in a variety of contexts ranging from big bands to small groups, including several tracks with the Wynton Kelly Trio. Other musicians she recorded with included King Fleming, Ramsey Lewis, Howard McGhee, Gildo Mahones and Houston Person. 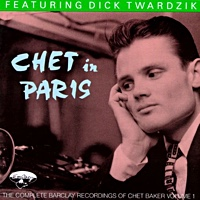 Choice Cuts is an offshoot of Getting Into Jazz. Your butcher notwithstanding, we're defining a “Choice Cut" as an outstanding track from an otherwise unremarkable CD (or vinyl record); a track so good it justifies adding the disc to your collection. Here are a trio to start with... Chet Baker, “I'll Remember April" (From ...

This Is Lorez Plus Lorez Sings Pres

Label: Impulse! Records
Released: 2005
Track listing: Show Me/ I've Never Been in Love Before/ Satin Doll/ My One and Only Love/ Over the Rainbow/ Get Me to the Church On Time/ The Best Is Yet to Come/ I've Grown Accustomed to His Face/ Give Me the Simple Life/ I'm Through With Love

Everyone knows by now that jazz vocals are a major commodity. Besides the new crop of doe-eyed swans, there are the standard “legends" which the more discerning fan may indulge in. Pity the person who doesn't rediscover this too-long overlooked artist, particularly well represented on this gem of a CD. Recorded back in '64 with an ...

Dear To My Heart