Results for "Live at 5e" 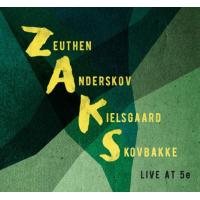 In the music business, bootlegs are generally considered a bad thing. Often poorly recorded and not sanctioned by the artists. However, while some people with dubious intentions have definitely speculated in earning quick cash, there are also others, who have simply recorded music because they were such big fans that it was a necessity to document ...