Jazz Pianist Leopoldo Osio was born in Ciudad Bolivar, Venezuela. He started playing piano at a very early age, inspired by Venezuelan Traditional Music. He credits George Shearing as being the first musician that got him hooked on jazz when he was 14 years old. Around this time, Leo began studying with jazz musician and promoter Ivo Farfan, who introduced him to jazz trumpet player Julio Mendoza who was to become his principal mentor and develop his interest in bebop. Leo immersed himself in the music of Charlie Parker, Dizzy Gilliespie, Chucho Valdes and Paquito de Rivera. At the age of 16, he was invited to perform in the Festival de Jazz en el Orinoco with important Venezuelan musicians like Ivo Farfan, Victor Cuica, Roberto Giron, and later the same year The Jazz Festival El Hatillo with Julio Mendoza Quartet. His interest in music led him to study at several universities in 3 countries to improve his knowledge in different areas of the music, including Jazz and Latin Music at IUDEM-Venezuela, Brazilian Music at Conservatory Souza Lima-Brazil and Newpark Music Centre where he was awarded a Bachelor of Arts in Jazz Performance (Hons) in 2010

Bray Jazz Festival Various Venues jny:Bray, Ireland May 4-6, 2018 From the hilltop vantage point the Irish Sea lies veiled under a blanket of thick mist. Greystones, five miles to the right, birthplace of the great Christy Doran, peeks out, seemingly floating above the misty clouds like a Roger ...

CEO Experiment with Kurt Rosenwinkel The Sugar Club jny: Dublin, Ireland September 30, 2017 CEO Experiment's Dublin concert with special guest Kurt Rosenwinkel seemed to be a long time coming. For months there'd been speculation that the great American guitarist might rock up for this one-off gig. When it was ... 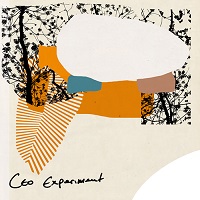 CEO Experiment's eponymous debut, merging jazz's more traditional roots with a modern aesthetic, is proof not only of a fine trio in the making but also of Dublin's thriving cosmopolitan jazz scene. Born of a jam session in The International Bar--one of the city's most renowned jazz sanctuaries--in 2013, the palpable chemistry felt that day between ...

Bray Jazz returns for its 16th edition this coming Bank Holiday weekend from 1-3 May. The highly popular festival, set in the picturesque seaside town of Bray nestled at the foothills of the Wicklow Mountains, has built a reputation over the years for hosting world class international and local acts. Bray Jazz 2015 is no exception. ...