Lee has worked in a variety of audio / visual capacities with notable artists and musicians located around the world, helping to realise a number of critically acclaimed works. In recent years he has combined his talents with fellow producers / artists {{m: Markus Reuter = 18269}} (Austria), Fabio Trentini (Italy), and Adrian Benavides (USA) to form Unsung Productions; a collective of audio professionals dedicated to the highest working standards and greater musical possibilities.

Lee's extensive audio-visual portfolio is augmented by formal schooling in the shape of a Creative Digital Media (Music Pathway) degree, for which he achieved 1st Class / Distinction status. 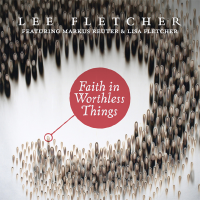