Lars Gullin was born May 4, 1928, on the island of Gotland, off the Swedish east coast. Legend say he could read music before he learned to read Swedish. His first instrument was an accordion of the simplest kind. A few years later it was exchanged for a larger one with piano keys, and at the age of five he composed simple polkas. He actually won an accordion contest, still a juvenile. At the age of nine or ten he led his own little band, playing in local vaudevilles. The "book" consisted of tunes like After You've Gone and Tiger Rag, no doubt learned from Sonora 78s with accordionist Nisse Lind. At 13 Lars joined the military band in Visby, the main city on the island, as a clarinet player

A mystery project bearing the DNA of the late Hal Willner and Sun Ra, a project inspired by the poetry of that same Herman Poole Blount, tributes to Carla Bley and Lars Gullin, saxophonists on the rise, and a teenage sensation.Happy listening!PlaylistBen Allison “Mondo Jazz Theme (feat. Ted Nash & Pyeng Threadgill)" ... 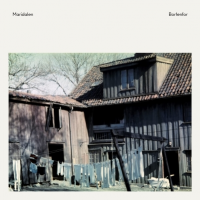 Maridalen's eponymous 2021 debut for Jazzland Recordings was quite the breakout success. Earning strong coverage across the British music press, it proved that sometimes the media gods are with you. A host of other fine Norwegian albums made less impact back then, but Maridalen look determined to seize the moment. And, with their follow-up record Bortenfor, ...

From a new live album recorded in Los Angeles, we start the 708th Episode of Neon Jazz with Max Haymer. We also delve into new material from musicians making 2021 vibrant from the likes of David Detweiler, Dave Shelton, Hailey Brinnel and Tobias Meinhart. In between, we listen to tracks from a variety of mentors to ...

From Charles Gayle's alter ego, Streets the Clown, to the music performed by the Kamikaze Ground Crew for the Flying Karamazov Brothers, from the countless jazz renditions of the iconi themes that Nino Rota wrote for Federico Fellini's movies to the equally countless jazz tunes inspired by circus acts... Jazz and Circus have a long history ...

The Swedish jazz collective Jazzagenturen, founded by Pontus de Wolfe, reached deep into its collective soul and stood up to the downsides of the Covid-19 coronavirus early on. This large ensemble entered a studio on April 2nd. Twelve hours later they emerged having recorded fifty songs. The Stockholm Corona Sessions are being released in five volumes, ...

The reprise of the Rempis/Rosaly Duo comes after many changes in the musicians' lives. Their first session Cyrillic (482 Music, 2009) was recorded when both musicians made Chicago their home. Dave Rempis, probably best known for his work in Vandermark 5 back in 2009, was putting together his own groups such as The Engines and The ... 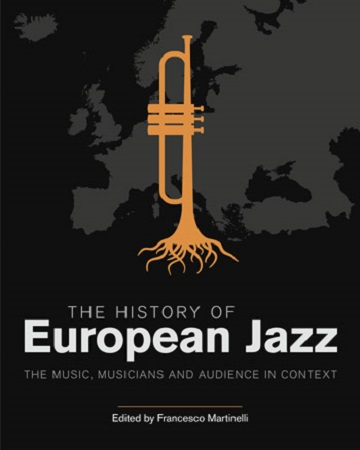 The History Of European Jazz: The Music, Musicians And Audience In Context Various authors/Edited by Francesco Martinelli 741 Pages ISBN: 13 978 1 78179 446 3 Equinox Publishing 2018 It's taken some time, about a century in fact, but finally, thanks chiefly to editor and jazz historian Francesco ... 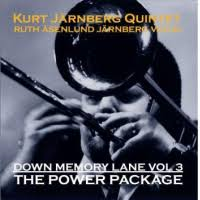 For some of us, Memory Lane is much longer and far more crowded than it once was. Be that as it may, any trip there remains a pleasurable experience, more so when the guide is Swedish trombonist / trumpeter Kurt Jarnberg who employs his quartet, quintet, big band and a host of talented guest artists to ...