Larry McDonough has been performing in the area for 35 years. He received his Bachelor of Science Degree in music education from the University of Minnesota in 1978, performing on piano and trumpet, and in school ensembles with Clark Terry and Thad Jones, and for President Nixon and the President of Mexico. He played extensively in the Twin Cities in the 1970's and early 1980's, performing solo and in his own duos and trios. He regularly performed at the old Night Train club in the Como Avenue warehouse area, and at the Jax Restaurant. He also taught, and composed and arranged for high school band. McDonough moved away in the earlier 1980's, and after returning a few years later, he performed primarily at private functions, including a performance for First Lady Hillary Clinton 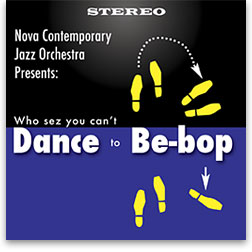 Nova Jazz Orchestra A Time of Reckoning NJO 2010 If the premise that experience is the best teacher is indeed accurate, one need look no further than the Minnesota-based Nova Jazz Orchestra for proof. Nova, sponsored by the non-profit Nova Jazz Corporation, has been together for more than 15 years, ... 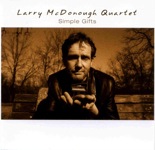 Never look a gift horse in the mouth the old saying goes, but pianist Larry McDonough's Simple Gifts is a record that needs careful deconstructing and critiquing. The CD starts off with a smart arrangement of Beethoven's “Ode to Joy," where Richard Terrill's soprano saxophone states the theme before the musicians take solo turns. They don't ...