Kobi Arad Kobi Arad is one of the most Prominent, Prolific and Versatile pianist-composers-producers emerging from Israel. Having made collaborations with Stevie Wonder (who shows interest in using one of Kobi's songs for his daughter Aisha's upcoming album) and other Greats - Kobi's Soulful style spans and brings together Classical Modern, Jazz and Neo-Soul. Kobi Lives, Composes and Performs in NYC. He is the first musician to receive a Doctorate in the field of Contemporary Improvisation / Third Stream. Arad plays jazz, pop, world, and classical music, has performed at the Tel Aviv Museum and for the Knesset and appeared on the Televised series "The Music of Ravel". Some of his recent albums include, 'Innovations,' 'Neun Kleine Stucke Fur Elektronische Orchester' and 'Ancient Novice' - they all exemplify diversity of style, deep musical integrity as well as notable musicianship 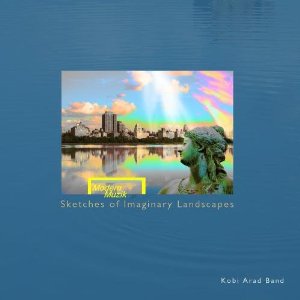 Dr. Kobi Arad hails from Israel, currently resides in New York City and received a doctorate in Contemporary Improvisation and Third Stream jazz, which are foundations and concepts that radiate on Sketches of Imaginary Landscapes. The keyboardist's improvisational skills and creative proclivities envelop this not-so-standard, jazz-based piano trio session. On the fringes of jazz-fusion, ...