Kenny Neal - guitar, vocals “Let Life Flow” marks the return of multi-instrumentalist and modern swamp-blues master Kenny Neal, with an inspired set that draws musically from the sizzling sounds of his native Louisiana, while striking a deep, emotional resonance in response to the personal trials he has recently endured. For the past few years, health problems forced Kenny away from the studio and touring, and his first release since signing with Blind Pig Records finds him returning with a renewed vigor and outlook on life. “Let Life Flow” reflects his optimistic sense of perseverance, set to the soulful grooves that have garnered him a solid fan base over the past 20 years. Neal, born in New Orleans and raised in Baton Rouge, began playing music at a very young age, learning the basics from his father, singer and blues harmonica player, Raful Neal, Jr 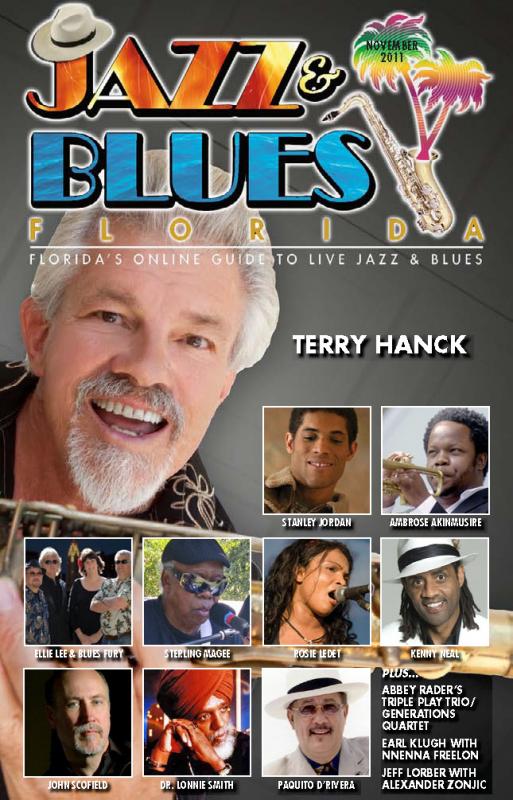 The new edition of Jazz & Blues Florida, Florida's free online source for information on live jazz and blues in clubs, concerts and festivals, is now available. The November 2011 online edition of JAZZ & BLUES FLORIDA has been posted at JazzBluesFlorida.com. This month's edition can be read in .pdf format, as well as in a ...