Pianist and composer Ken Berman has performed and recorded with Bob Moses, Yoron Israel, Kai Eckhardt, Akira Tana, John Lockwood, Bob Gullotti, Rémi Vignolo, Jaleel Shaw, Sarah Manning, Take Toriyama and others: he has appeared on the famed stages of Carnegie Hall in New York, Yoshi's in San Francisco, the Museum of Fine Arts in Boston, Detroit's Fox Theater, and The Sunside in Paris. Ken has been the recipient of several artist grants and awards for his ongoing work in jazz education. His music has been the subject of programs on radio stations KCSM in San Francisco, KPFA in Berkeley, and on KZSU at Stanford University, where his playing drew comparisons with Bill Evans, Ramsey Lewis and Keith Jarrett 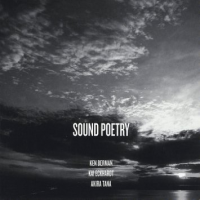 Pianist Ken Berman's friendship with the late poet Eythan Klamka served as the inspiration for Sound Poetry, a musical project of mostly original compositions bookended by two solo reinterpretations of classic jazz standards. Poet Klamka, to whom this album is dedicated, had previously stated that “any true musician is a sound poet" and to this end, ...

The Ken Berman Trio, featuring Akira Tana and Peter Barshay, will be appearing at Yoshis in San Francisco on June 3rd, 2008, for a night of original music. Le Monde praised Ken Berman as a pianist whose “complex improvisations are imbued with delicate sensuality and brilliance," and the SF Weekly described his music as powerful and ...

Ken Berman will be performing in San Francisco on Saturday, April 12th, 2008, with a trio featuring Kai Eckhardt (b) and Akira Tana (d). This concert is part of the Piedmont Piano 2008 Concert Series, and will debut new compositions by the artist. Venue address: 660 3rd Street, SF, CA. For more information, including advance reservations, ...