Deemed “brilliant” by Howard Reich of the Chicago Tribune, Julien Labro has established himself as one of the foremost accordion and bandoneon players in both the classical and jazz worlds. His artistry, virtuosity, and creativity as a musician, composer and arranger have earned him international acclaim and continue to astonish audiences worldwide. French-born Labro was inﬂuenced early on by traditional folk music and the melodic, lyrical quality of the French chanson. However, he spent every last cent of his pocket money collecting CDs by jazz legends like Charlie Parker and Miles Davis, thirsty for the originality, creativity, and the endless possibilities in their musical language. After graduating from the Marseille Conservatory of Music, Labro began winning international awards, taking ﬁrst prize in the Coupe Mondiale in 1996 and the Castelﬁdardo Competitions in 1997 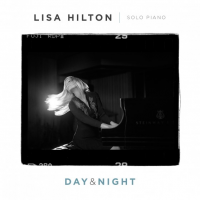 Like jazz vocal releases, piano-led affairs are legion. The jazz piano combo is a format that is difficult to get either bad or good. Here are five recent releases looking for the latter. Emily Bear Trio Into the Blue Edston Records 2015 The immediate charm ... 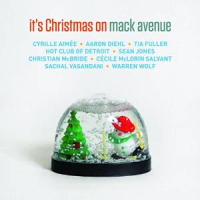 The Detroit-based Mack Avenue imprint has built quite an artist roster over the past fifteen years, so why not boast about it and toast the holidays in the process? It's Christmas On Mack Avenue does just that, turning a spotlight on label mainstays, fairly new signings, heavy hitters, and rapidly ascending stars. It also makes it ... 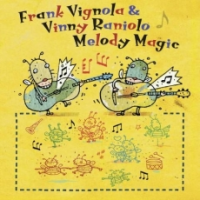 Melody Magic is a fun-and-attractive, finely crafted collection of some of the greatest classic(al) music melodies in existence, arranged by one of the most talented, earnest-and-enlightened guitarists in the business today. Frank Vignola, who's worked with everybody from guitar innovator/icon Les Paul to trumpeter/jazz figurehead Wynton Marsalis, and Vinny Raniolo, his young guitar wielding brother-in-arms, join ...

Fabrizio Sotti: The Key to Music

Invited to perform at the 16th edition of the Dominican Republic Jazz Festival, this past November, guitarist Fabrizio Sotti was sitting on the beach in Cabarete, along the country's north coast, when this interview took place.Sottis' most recent release, Inner Dance (E1, 2010), was almost his third release, following the guitarist's This World Upside ... 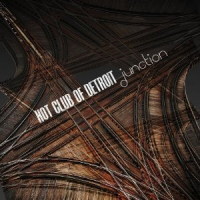 When the Hot Club Of Detroit's journey began, they followed the road that guitarist Django Reinhardt laid before them. They traveled the highways and byways of so-called “Gypsy Jazz," walking in the footsteps of their forefathers while picking up and exhibiting other influences and sounds along the way, and eventually reached a crossroad. Rather than choose ... 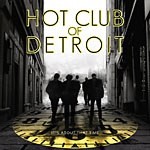 This is the year of “gypsy jazz." Around the world, the 100th birthday of Django Reinhardt, legendary Gypsy guitarist, is being celebrated with festivals and concerts. At this centennial time, the Hot Club of Detroit's It's About That Time is firmly in the tradition of Reinhardt's Hot Club of France, his legendary quintet from the1930s. This ...