Josh White overcame seemingly insurmountable obstacles in the course of his lifetime. He experienced almost Dickensian privation as a child musician on the open road. Yet before he was twenty this child prodigy significantly influenced the Piedmont musical scene. When the Great Depression crippled the mainstream recording industry, White's early "race" recordings nevertheless sold briskly. Then, at the peak of his powers, he injured his hand and had to completely reinvent his style of guitar picking. Despite this, he went on to become an actor, radio, and cabaret star, a ground-breaking performer of powerful protest songs, and an intimate of Franklin and Eleanor Roosevelt

This show reminds me of a calzone stuffed with just about every imaginable filling. Appropriately, there's a wonderful new release from Italian drummer Francesca Remigi and her band Archipelagos. This is definitely one of the finest debuts of 2021—deep, contemporary and socially aware. The very respected guitarist, Michael Gregory Jackson, is also debuting his Frequency Equilibrium ... 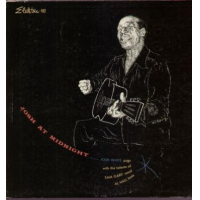 The pioneering music of singer/guitarist Josh White is a reflection of American history throughout the 20th century; his songs depicting racial, social, and political situations during his turbulent lifetime. With a career spanning five decades, White hit the road at age eight as a guide for blind blues musicians. In 1928, age fourteen, he signed with ...

Louisiana music legends Bobby Rush and Dr. John, two of the most colorful figures in the blues, have known each other for more than 50 years. They met as young men in their 20s on the early 1960s R&B circuit and have remained good friends ever since. “When they’re telling stories it’s hilarious because they’re talking ...

We know Langston Hughes as a celebrated African-American author of poems, essays, stories, memoirs and more. But Hughes also wrote songs-hundreds of them. Music was at the heart of his work, with jazz and blues informing the cadences, structures, and subject matter of many of his poems. In an early essay, “The Negro Artist and the ...