John V. Brown, Jr., leader of the John Brown Quintet and double bass player, is a native of Fayetteville, North Carolina. He is a graduate of the School of Music at the University of North Carolina at Greensboro and the School of Law at the University of North Carolina at Chapel Hill. John began studying the bass with Susan Ellington when he was nine years old and has been performing professionally since his teens. “I was always surrounded by music when I was young, and I especially loved my mother’s playing,” John says from his home in Durham, North Carolina. His mother plays the piano, and he remembers being inspired to take up the bass after watching the Duke Ellington Orchestra perform on television 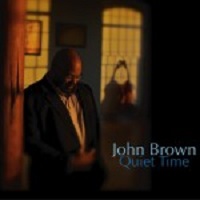 Label: Brown Boulevard Records
Released: 2014
Track listing: Come Live With Me; Quiet Time; ...and the Willow Weeps; When Summer comes; A Lullaby of Itsugo Village; You Don’t KNow What Love Is; When October Goes; Theme for Monterey; Lost. 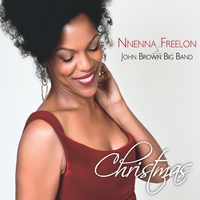 Renowned jazz singer Nnenna Freelon's first Christmas album truly is a gift, made possible by a small bequest from her Christmas-loving mother and a long-time friendship with John Brown, director of Duke University's Jazz Studies program and leader of the splendid John Brown Big Band. Brown not only made his ensemble available but co-produced the album ...

The 4th Annual Ocean City Beach (NC) Jazz Festival will be held on Saturday, July 6, from 5 pm until 8 pm. Scheduled performers will include vocalist Kim Pacheo with Richard Harris White, Jr., The John Brown Quintet and The Stanley Baird Group. Doors open at 4 pm. The event will be held in the courtyard ...

Dancing With Duke: An Homage To Duke Ellington 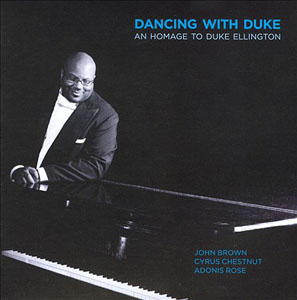 Label: Self Produced
Released: 2011
Track listing: In A Mellow Tone; Do Nothing 'Til You Hear From Me; Perdido; Pie Eye's Blues; Isfahan; I'm Beginning To See The Light; A Flower Is A Lovesome Thing; I Got It Bad (And That Ain't Good); Solitude; It Don't Mean A Thing (If It Ain't Got That Swing).