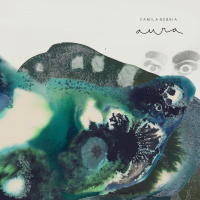 No one knows what the landscape for live jazz will look like in the near future, but it is fair to assume that jny: New York and jny: London will continue as centers of gravity with jny: Johannesburg making a strong challenge. Here is a long-shot bet: don't sleep on jny: Buenos Aires. If your idea ...

I am a Senior Manager dealing with data driven marketing, which needs me to have deep experience in analysis of different online media channels. Not that it’s hard, but it requires lots of attention and careful approaches to be able to fully understand the meaning of what you need to do and to be able to connect it with the online gambling world, because that’s what Best Casino Sites South Africa is interested into.

Mandla Mlangeni is a Johannesburg-based trumpeter, composer and bandleader. A superbly talented player, Manda is a member of the SAMA-nominated group Amandla Freedom Ensemble and has toured extensively as a member of the Cape Town Opera. Recently, his musical production Oratorio For A Forgotten Youth was premiered by the Artscape Opera House. Mandla is also highly active with Tune Recreation committee, a group which he founded to teach music workshops and provide healing to disenfranchised communities. Outside of his performance and education work, Mandla curates Monday Blues at the Bassline and a host of other Johannesburg-based concerts under the presenting banner of Afrikan Freedom Principle.

Born a South African and raised during the unstable interregnum years of Post-Apartheid South Africa, Guitarist Vuma Ian Levin's music is an attempt to interrogate conceptions of identity, nation, culture, power and being both globally and in the emergent, post 1994 South African Democratic project. First picking the guitar up at 14, Levin later received lessons from the South African Jazz guitar legend, Johnny Fourie. He completed a National Diploma at the Tswane University of Technology going on to be presented with the best Guitarist Award (2008). In 2009, Levin was selected as the guitarist in the Standard Bank National Youth Jazz Band, led by Feya Faku, which culminated in a performance at the Grahamstown Jazz Festival and later at the Standard Bank Joy of Jazz Festival

Multidisciplinary creative practitioner Givan Lötz escapes definition and can usually be found stretching, subverting or otherwise beguiling our understanding of the creative production. He is at once a visual artist and musician who lives and works in Johannesburg. He holds an honours degree in Information Design from the University of Pretoria. In addition to numerous exhibitions, talks and features Lötz has been included in the ABSA L’Atelier Top 100 in 2012, 2013 and 2014 as well as Design Days Dubai in 2014 and 2015. His most recent record, SNARLING was released to critical acclaim on Miami-based label Other Electricities.

Every generation has its own leading lights. For the current generation of South African young jazz musicians, pianist, and composer, Nduduzo Makhathini stands as a key torchbearer. It’s useful to note the refreshing virtuosity with which the 34 years old jazzman articulates a decidedly spiritual vision of the world with the piano, and his compositional clarity. Makhathini plays with a bright lyricism and a full sound pallet that gives him a markedly wide melodic vocabulary. His music is as open as it is invigorating. Makhathini commands the sort of remarkable talent and thematic focus that posits him among an illustrious pantheon of forbears

Multi-Award winning Nigerian born Jazz guitarist, Kunle Ayo is looking forward to the release of his new and 6th studio album release titled “Atunse the Revolution”, in which he features the internationally acclaimed musicians like Bra Hugh Masekela, America’s great Saxophonist Kirk Whalum and Zimbabwean guitar giant, Oliver Mtukudzi. The album is set to be released later this year and comprises of smooth African contemporary jazz which is ethnically influenced. Due to the demand for diverse styles of Music, Kunle Ayo stands out as one of the artists who has retained his roots as a Nigerian Jazz Guitarist. He celebrated his birthday on September 11, 2014 in a special way by spending time with motherless babies of Resthaven Baby Sanctuary in Turffontein, Johannesburg

Peter Auret (born 17 August 1976, Johannesburg, Gauteng) is a South African drummer. Peter is a versatile musician who has performed an toured with many of South Africa's great groups and musicians. He also works as a producer, recording engineer and occasional composer at his Sumo Sound recording facility. His distinctive performances and musical ideas can be heard on his, and many others' records. Peter Auret grew up in Johannesburg listening to his parents' Rock 'n Roll and Folk Music records without much exposure to Jazz and African music, in the then still very segregated and isolated South Africa