Jimmy Bruno, born July 22, 1953 in Philadelphia, Pennsylvania, is a master jazz guitarist and jazz educator. One of the most critically acclaimed jazz guitarist performing today, Jimmy Bruno came to prominence as a jazz musician in the 1990’s, after a successful twenty-year career as a sought-after commercial guitarist and session musician. “Get on the bus-we leave tonight” Those were the words that began Jimmy Bruno’s professional career as a guitarist. Most of the other guitarists auditioning for Buddy Rich’s band that day in 1973 were getting drumsticks thrown at them, Buddy’s not-so-subtle way of showing disapproval

No formula at all. The only thing that remains constant from release to release on Norwegian label Losen Records is the fact, that no album will sound anything like the last. Home to young talents, such as the Icelandic pianist Ingi Bjarni Skúlason or the Russian saxophone virtuoso Masha Art, as well as old hands along ...

Philadelphia boasts three legendary guitarists--Pat Martino, Jimmy Bruno, and Chuck Anderson--who belong on anyone's “profiles in courage" list. Each has made heroic recoveries from disabling medical conditions, recovering their chops and playing better than ever. Anderson, who some time ago recovered from debilitating sleep apnea, and after recently suffering a massive coronary and spending two weeks ...

Jeff Duperon: Building a Jazz Bridge for Musicians and the Community

[For almost fifteen years, Philadelphia's Jazz Bridge has been providing funds and services to professional jazz and blues musicians in need. On Sunday, June 3, 2018, Jazz Bridge will hold its annual fundraiser at the Independence Seaport Museum at Penn's Landing. There will be food, drink, fun, and an opportunity to meet the musicians. The honorary ...

Legendary guitarist Pat Martino is devoted to living in the Here and Now! -coincidentally the title of his autobiography (DaCapo, 2011). Taking each moment as it is and adding full measures of love and spirituality, Martino is now well into his sixth decade as one of the most revered and sought after jazz musicians on the ...

My Life in Music Chuck Anderson 180 PagesISBN: #9781483440804 Lulu 2015 Chuck Anderson is not your ordinary jazz musician, and this book is not a typical biography of an entertainer or jazz artist. Anderson is a consummate master of the guitar in jazz, classical, and world music idioms, ... 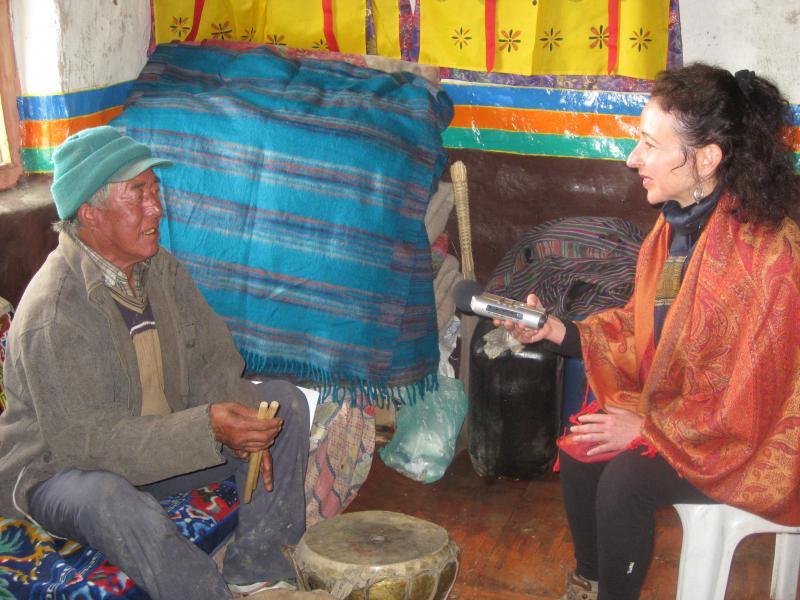 Celebrated composer Andrea Clearfield has written important musical compositions based on the long and vital tradition of music in Nepal, where she has traveled, transcribed and documented indigenous folk music and made many friends. (In the photograph on the right, on a recent trip there, she is recording Nepalese composer, Tashi Tsering.) A long-time resident of ...

Despite that serious expression you often see on a jazz musician's face, the truth is that laughter gets him through the day. The late, great pianist Horace Silver knew it. If you didn't see it in his impish smile, you could hear it in his music. Especially in his last studio album, which knowingly ...