CHICAGO Jean-Paul Bourelly was born in Chicago Illinois on November 23, 1960. He took an early interest in music, starting piano lessons from the age of 4. At age 9, when his cousin Brain Jones, played him tracks from the Hendrix album Band of Gypsy’s, he realized that the electric guitar could lead a to vast new world of expression. He was thirteen when he finally started to take lessons and playing with friend, learning basic blues and rock songs. By the age of 16, he was performing in the local south side clubs, there meeting other musicians like Lonnie Plaxico, Steve Coleman and Darryle Jones and playing in local jam session, most notably session run by Chicago legend Von Freeman 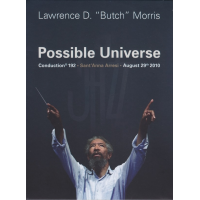 With the death of jazzman Lawrence D. &#147;Butch" Morris in 2013, we close the book on one of the most idiosyncratic composers, improvisors, conductors ever to work in creative music. His musical trajectory from a 1970s free jazz cornetist to the originator of his trademark 'Conductions' has been the stuff of legends. Under his baton, he ...

Exploring the Vibe is the dynamic follow-up to This is R Time (Ropeadope, 2009), the critically acclaimed debut of R*Time, a mutable ensemble led by Israeli-born trombonist Reut Regev. A versatile instrumentalist, Regev has been involved in a number of eclectic projects since moving to New York City in 1998, including musical experiments in Radical Jewish ...

8
Article: Wide Open Jazz and Beyond

“When the music's happening, life is happening.... Why must we only join hands after the storm?... How true are you? Nothing else even matters." --Jef Lee JohnsonJef Lee Johnson, prolific, virtuosic, humble, was in some ways not made for this world. “I'm over the world," he sang. He was certainly made for music though. 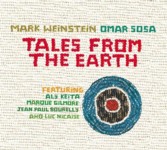 Tales from the Earth by flutist, Mark Weinstein and pianist/vibraphonist, Omar Sosa, is one of the most extraordinary musical expeditions in a long time. The need for a subtext is not necessary; the extraordinary depth and ethereal beauty of the music would suffice. Nevertheless, once that subtext becomes evident, then the music touches parts of the ...