The Jasper Blom Quartet adds a lot of weight to the scales of the Dutch jazz world. Take tenor saxophonist Blom himself, for example: for twenty years, he has been a household name in the Dutch and European jazz scenes. And not only because of his two European Jazz Awards, or the various scholarships and composition assignments he's received, but also because of his participation in a dozen other jazz groups, and his countless studio sessions and live performances--around the world, and sometimes with the world greats, including Chet Baker, Nat Adderley, and George Duke. Or take, for example, guitarist Jesse van Ruller, who was the first European winner of the American Monk Award, and who is at least as active as Jasper

The Dutch powerhouse quintet Spinifex included a pair of tracks imbued with Sufi traditional music of Kurdish/Iranian origin, and a Qawali traditional from Pakistan on their last recording, Amphibian Ardour; they loved the challenge of fusing those styles into their irregular structures and free jazz so much that they decided to go all in on their ...

An Embarrassment of Riches

It's a great time to be a jazz lover, with so many fantastic new releases that it's almost overwhelming. To quote Shakespeare, it's an embarrassment of riches! This week we have handpicked some of the most exciting new music, from giants like Bill Frisell and Chris Potter to indie upstarts and international artists like Theon Cross ...

Saxophonist Jasper Blom's double album Polyphony, released on Whirlwind, centres around two key elements. Firstly, his long- standing penchant for adding a guest soloist to his quartet, reflected in each disc having its own additional musician. On the first CD there is trumpeter Bert Joris, with whom Blom and his quartet have played for several years, ... 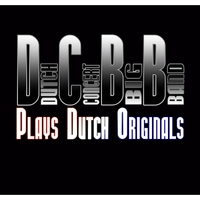 If you think locating a needle in a haystack is strenuous, try finding something less than complimentary to say about Plays Dutch Originals, an absolutely marvelous recording by the superlative Dutch Concert Big Band. As far as can be determined, this is the only album set down (to date) by the band, which was formed in ...

After an excellent full day program centered by national talent at Rotterdam's Festival Jazz International, two strong impressions rang very clear. The first was that considering current performers, experimentation and ongoing tradition, the Netherlands is obviously one of the per capita international leaders regarding the size and scope of a national jazz scene.