Originally from Framingham, MA, Jason Yeager is a New York-based composer, pianist, and educator. He has released four albums as a leader or co-leader, most recently All At Onceness (Red Piano Records) and United (Inner Circle Music), the latter being named one of 2017's best and receiving a 4.5-star review in Downbeat. His first two albums, Ruminations and Affirmation (both on Inner Circle Music), featured nearly all original compositions. Yeager has played at such venues as the Blue Note in New York, Thelonious in Buenos Aires, and the Panama and Dominican Republic Jazz Festivals. Yeager has also performed and/or recorded with such artists as Luciana Souza, Jason Anick, Ran Blake, Ayn Inserto, Sean Jones, George Garzone, Rudresh Mahanthappa, Jason Palmer, and Sara Serpa 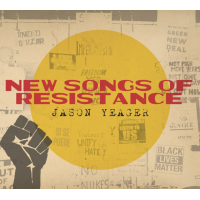 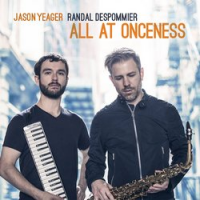 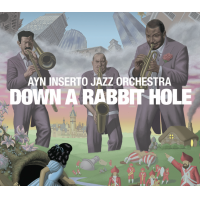 If you must venture Down a Rabbit Hole, as Ayn Inserto has done on the first album as leader of her Jazz Orchestra in a decade, it's comforting to encounter in its depths musicians of the caliber of trombonist John Fedchock, tenor saxophonist George Garzone and trumpeter Sean Jones who add luster and bravado to the ...