“James Muller is a mountain of guitar virtuosity…All the things that are the most effective in jazz, rock, blues and country guitar emerge naturally at the right time, in the right place and it can give the listener shivers.”-John Clare. Sydney Morning Herald James was born in Adelaide, South Australia in 1974 to musical parents. He became interested in music at an early age and began playing the guitar at the age of 12. Initially inspired by rock music of the sixties and seventies his love of jazz took over at the age of 16. Two years later James was gigging in the working band of renowned clarinetist/saxophonist Andrew Firth with whom he stayed until 1994. After working with the cream of Adelaide’s jazz and rock musicians James relocated to Sydney in the summer of 1996, where he quickly became one of the most in-demand guitarists in the country. He has played and/or recorded with: Vince Jones, James Morrison, Dale Barlow, Mike Nock, Renee Geyer, Bernie McGann, Don Burrows, Mark Isaacs, Sean Wayland, Steve Hunter and Scott Tinkler as well as international artists Chad Wackerman, Bill Stewart, Vinnie Colaiuta, Adam Nussbaum, Jay Anderson, Steve Tavaglione, Maria Schneider, Tim Ries, Tony Moncao, Donny McCaslin, Bob Sheppard, Matt Penman and Jochen Rueckert. James has recorded 4 CD’s under his own name 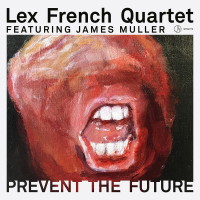 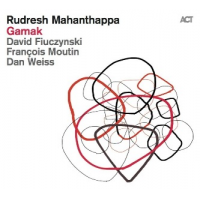 "Tis the season to do countdowns Fa la la la lahhh, la lahh lahh lahhhhhhh..." Okay, okay, not one of the most original openings ever written. But don't worry: There's plenty of originality to be had on the ten bundles of fabulousness listed below: 10... Etienne Charles Creole Soul (Culture Shock Music) ... 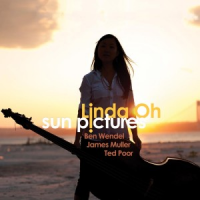 Linda Oh arrived onto the jazz scene as a fully accomplished improviser with her introspective and free-flowing debut, Entry (Self Produced, 2010). On the follow-up, Initial Here(Greenleaf, 2012), she expanded her range, drawing upon both the western classical repertoire and eastern folk tradition, as well as experimenting with electric fusion-informed sounds. Oh's understated yet highly sophisticated ... 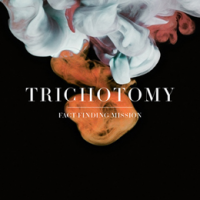 So what is a “Fact Finding Mission"? It might be a pretty dull trip to gather data; it may be a euphemism for something a little more sordid. If it's being undertaken by Australian piano trio Trichotomy, then it's a whole heap of musical fun, for this particular Fact Finding Mission is the band's fifth album: ...

The last artistic musical movement in jazz to be given a meaningful name was the post-bop movement. Arising out of the mid-1960s as a unifying response to hard bop, modal, the avant-garde and free jazz, post-bop has fairly well dominated the most creative jazz made in the last 30 years. If post-bop has a ground zero, ...

As Tell It Like It Is (ABC Jazz, 2009), amply proved, sometimes it's better to work with local musicians who, through regular touring, establish a singular collective voice. That's not to say Resurgence (ABC Jazz, 2007) was bad--it's hard to imagine anything with bassist Jay Anderson, drummer Vinnie Colaiuta and saxophonist Bob Sheppard as lacking in ...