Jaimie Branch was an American jazz trumpeter and composer.

Branch was born in Huntington, New York, on June 17, 1983. She started playing trumpet at age nine. At age 14, she moved to Wilmette, a suburb of Chicago.  She attended the New England Conservatory of Music.

After graduating, Branch moved back to Chicago, working as a musician, organizer, and sound engineer on the local music scene, including with Jason Ajemian (on The Art of Dying, 2006), Keefe Jackson's Project Project (on Just Like This, 2007), Tim Daisy's New Fracture Quartet (on 1000 Lights, 2008), Anton Hatwich, and Ken Vandermark. She performed in Chicago and New York with her trio Princess, Princess, with bassist Toby Summerfield and drummer Frank Rosaly, in trios with Tim Daisy and Daniel Levin,[6] Matt Schneider, and Jason Adasiewicz,  and with Chris Velkommen and Sam Weinberg. Together with Jason Stein, Jeb Bishop, and Jason Roebke, she founded the band Block and Tackle.[citation needed] She played on five albums between 2006 and 2008.

A difficult week for the music. Celebrating guitarist Monnette Sudler, producer Creed Taylor, trumpeter Jaimie Branch, and organist Joey DeFrancesco all of whom we lost this week. Plus, birthday tributes to Lester Young, Sonny Sharrock, Alice Coltrane and more. h3>Playlist Thelonious Monk “Esistrophy (Theme)" from Live at the It Club-Complete (Columbia) 00:30 Lester Young ... 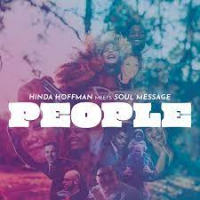