Jacques Loussier was born in Angers, in northwestern France, October 26, 1934. He started playing piano at the age of ten and quickly demonstrated tremendous ability. When Loussier was just sixteen, he entered the Conservatoire Nationale de Musique in Paris where he studied with Professor Yves Nat whose youthful compositions were praised by Faure and Saint-Saëns, and whose prodigious gifts as a pianist were encouraged by Debussy. Continuing this distinguished lineage, Loussier was to become one of Nat’s most accomplished pupils, heading the conservatory’s piano class of over five hundred students before leaving to commence a freelance career that included travels to South America and the Middle East as well as work as accompanist for Catherine Sauvage and Charles Aznavour. In 1959, Loussier hit upon the idea that was to make his international reputation, combining his interest in jazz with his love of J.S

The Marcin Wasilewski Trio's seventh ECM album traverses material by such disparate composers as J.S. Bach, Carla Bley and The Doors and brings it all together in a seamless package which also includes three spontaneously created group improvisations. It is a beauty. Pianist Marcin Wasilewski, bassist Slawomir Kurkiewicz and drummer Michal Miskiewicz have ...

Composer Claire Cowan has been writing film scores since 2007. She branched out from her film work to accept a commission from the Royal New Zealand Ballet company, producing a completely new score for the Brothers Grimm fairy tale “Hansel and Gretel." An old lady living in the woods who fattens up children with gingerbread to ... 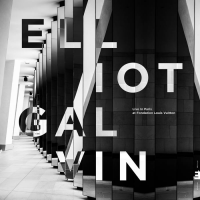 An inventive and adventurous keyboard player and composer, Elliot Galvin is active in Britain's jazz and contemporary-classical worlds. He is making a strong impression on the former. Galvin is a member of the Mercury Music Prize-nominated band Dinosaur, whose Wonder Trail (Edition) was among the highlights of 2018. His duo album Ex Nihilo (ByrdOut), made with ...

Maurice Ravel is not only one of the great authors of 20th century classical music, but one of a handful of classical composers to have demonstrated an interest in jazz. During his tour of the United States in 1928, Ravel went to the Savoy Ballroom in Harlem, or Connie's Inn and the nearby Cotton Club, to ... 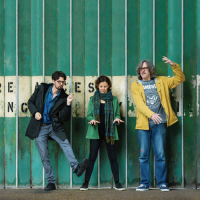 Only a few months after releasing her debut solo EP--Through The Hours (Self Produced, 2017)--the London-based Australian pianist and composer Meg Morley releases her first trio album, Can't Get Started, in the company of bassist Richard Sadler and drummer Emiliano Caroselli. Through The Hours was an impressive debut, showcasing Morley's ability to conjure up varied moods ...

The vibraphone seems to be enjoying something of a renaissance of late, with any number of outstanding exponents of the instrument popping up in all corners of the world. Izabella Effenberg may be a new name for many, but the Polish vibraphonist has already collaborated with the likes of Tony Lakatos, Magnus Ostrom, Nippy Noya and ...

Galway Jazz Festival Various Venues jny:Galway, Ireland October 7-9, 2016 The best jazz festivals are not necessarily the biggest. They're not always the ones with the marquee names. The best festivals, without a doubt, are the ones you remember, years later, for having had a hell of a good time. ...