Isotope were one of the major (and earliest) British jazz-rock bands of the 1970s, coming along chronologically only just behind Soft Machine and Nucleus, the two UK pioneer bands in the genre. Isotope was formed by guitarist Gary Boyle in 1972. After about a year, the band signed with a major U.K. management company who got the band signed to a independent label which was owned by a film company and things really took off. By the time of their second and best-known album, Illusion, the band consisted of Gary, ex-Soft Machine bassist Hugh Hopper keyboardist Laurence Scott and drummer Nigel Morris

This week we visit the '70's for some classic fusion from Alphonse Mouzon, Michal Urbaniak as well as a couple of fairly obscure gems from Europe. Playlist Alphonse Mouzon “Nightmare" from In Search Of A Dream (MPS) 00:00 Michal Urbaniak “Deep Mountain" from Fusion (Columbia) 14:01 Isotope “Deep End" from Deep End (Gull) 22:13 ... 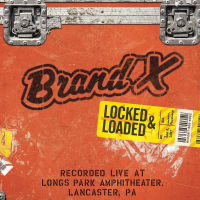 Hugh Hopper: The Gift of Purpose 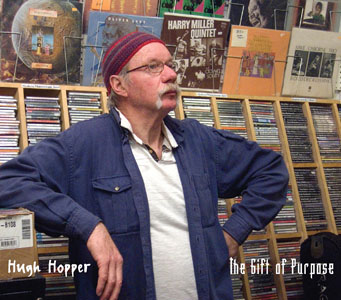 Posthumously released under the name of late ex-Soft Machine/Soft Machine Legacy bassist Hugh Hopper, The Gift of Purpose captures a live studio performance from early 2008, featuring a trio project called Bone, along with guitarist Nick Didkovsky and drummer John Roulat. Rreleased as a benefit for Hopper's family--to which all proceeds of the sale of the ...

It is with great sadness that the recent passing of electric bassist Hugh Hopper (1945-2009), one of the most original stylists on his instrument, is mourned. Hopper is best known for his tenure in Soft Machine (part of the Canterbury scene, lumped in with progressive rockers like King Crimson and Frank Zappa, and ...

Cuneiform have done it again in terms of restoring one of the perhaps hidden corners of British fusion to a contemporary audience. The band's relatively conventional take on the genre is happily tempered by compositional variety and a level of interplay that went beyond what was the norm, making for music that holds the attention. Captured ...