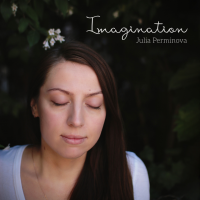 Label: Self Produced
Released: 2021
Track listing: 1)Sunrise 2)Irish Fairytale 3)Breath Of The Sea 4)Morning In The Mountains 5)Rhythm Of Your Heart 6)Calmness 7)Lights of Tyumen 8)Can’t forget 9)Caribbean Rainfall 10)Legend Of The Knight 11)Transience Of The Life 12)Swifts 13)The Chariot 14)After The Tornado 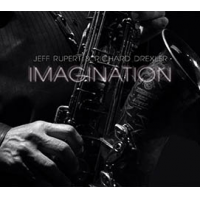 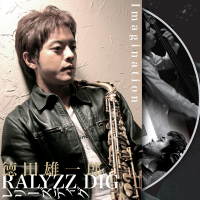 Label: String Jazz Recordings
Released: 2002
Track listing: They Can't Take That Away from Me; People; Walkin' My Baby Back Home; 'Tis the Last Rose of Summer; Tings Ain't What They Used to Be/Blue Moon; Avalon; All the Things You Are; On Green Dolphin Street; Here's That Rainy Day; Like Someone in Love; I've Got the World on a String; Imagination

Archtop guitar enthusiasts are well suited to appreciate the artistry of Mike Magnelli’s debut release on the String Jazz label. Onetime manager/agent for Joe Pass, Magnelli displays a talent in his own right, with contemporary styling in a collection of solo archtop tunes. Magnelli has played alongside Pass, Burt Bacharach and was guitarist and assistant director ...

Label:
Released: 1999
Track listing: If I Were a Bell, Imagination; Dat Dere; You and the Night and the Music; Stormy Weather; Steve

Let Me Reintroduce.... Woody Shaw (1944 – 1989) was a popular yet never fully appreciated trumpeter during the 1970s and 80s. Largely influenced by Freddie Hubbard, Shaw is considered by jazz musicologists to be a bridge between Hard Bop and Avant-garde trumpet playing. He played and recorded with Eric Dolphy, Horace Silver, Dexter Gordon, Andrew Hill, ...