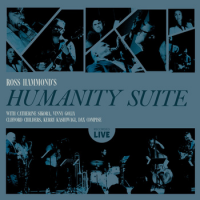 Guitarist Ross Hammond is building upon his conspicuous artistic persona as a new wave jazz and improvisational guitarist, composer who aligns with fellow West Coast denizens, including seminal Southern California based woodwind ace Vinny Golia and others. With a dozen albums under his belt, the guitarist has exponentially pushed the envelope, largely with great success. He ...