Results for "Here Be Dragons"

It's the sound of unresolved resolve. A broader scope of the human scale. That we all ask the same questions, walk down the same roads and it is that migration in, around and through our common, spacious moments and moral corners wherein we reach our conclusions, if not our destinations.That's just part of what ... 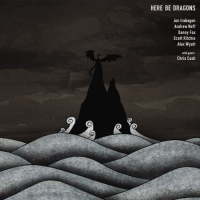