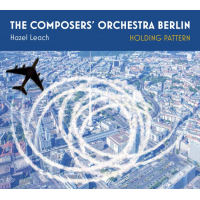 By The Composers' Orchestra Berlin

Holding Pattern is the fourth album by The Composers' Orchestra Berlin, which, as the name denotes, is an ensemble wherein “the members of the orchestra are not only improvising instrumentalists but are also the composers." Every one of its ten selections was written and arranged by members of the ensemble. According to the jacket notes, “there ... 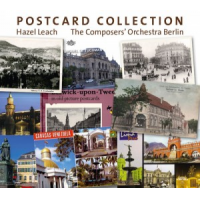 These picturesque “postcards" from composer / arranger Hazel Leach's well-appointed Composers' Orchestra Berlin are addressed to various locales in Europe and South America, presumably designed to echo musically the special nature of each site. Oddly enough, as there are only eight cards to be delivered, the album opens with Postcards 10 and 11, aimed at Caracas, ... 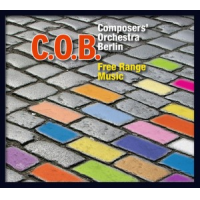 Hazel Leach has had quite a musical career. After college, where she studied classical flute as well as jazz / pop saxophone, the Englishwoman spent a number of years as a freelance musician / arranger before moving to Holland in 1979. Six years later she was named lecturer in music at the Arnheim Conservatoire, and in ...