From one of the finest guitarists in the world of jazz, we start the 712th Episode of Neon Jazz with Greg Skaff and the title track off his 2021 album Polaris. Witha focus on new releases we present Eric Goletz, Greg Smith and Falkner Evans. The Denver super group The Jazz Worms is also a part ... 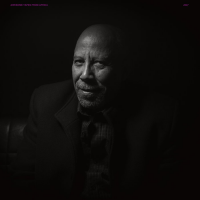 While Mulatu Astatke is the musician most widely associated with the creation of Ethio-jazz, fellow keyboardist Hailu Mergia is among other significant figures. Astatke is best known overseas because he was the most outward looking of Ethio-jazz's first generation, studying at London's Trinity College of Music and Boston's Berklee College of Music and making his first ... 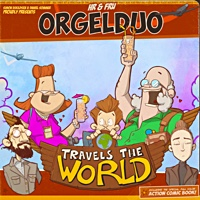 The idea of combining jazz with a graphic novel seemed like a onetime-event when saxophonist Wayne Shorter did it with Emanon (Blue Note, 2018). But here comes a project in the same spirit, albeit with a more quirky and humorous touch. Hr & Fru OrgelDuo Travels the World is an invitation into the strange and wonderful ... 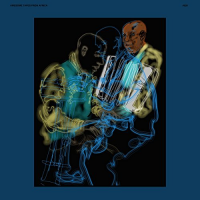 Mulatu Astatke is by a long chalk the most widely known exponent of Ethio-Jazz. Propelled on to the world stage by the soundtrack of Jim Jarmusch's 2005 movie, Broken Flowers, and subsequently picked up by record labels and festival bookers in Europe and the US, Astatke deserves all the acclaim that comes his way. But, curiously, ...

Sometimes a story comes full circle in the most unexpected way. Ethiopian keyboard and accordion maestro, Hailu Mergia, has enjoyed a well-deserved renaissance with the reissues of his classic albums on Brian Shimkovitz' label Awesome Tapes from Africa: Hailu Mergia & His Classical Instrument: Shemonmuanaye, Tche Belew and Wede Harer Guzo. However, Mergia ...