Throughout his very productive career as a accompanyist, musical director, arranger-composer and producer, Greg Porée has made significant contributions to the music of dozens of show business legends. In recent times, the guitarist has finally stepped out into the limelight, recording three impressive CDs of his own. Greg was born in Chicago and has lived in Southern California since he was seven and heard a lot of great music growing up. His father was from New Orleans, a Creole, and knew a lot of the earlier musicians including Sidney Bechet. His mother was more a fan of Ellington and Basie 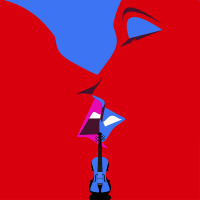 By Great Aunt Ruth and the Saucy Cats