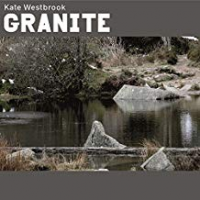 Over the years, Kate Westbrook has recorded an impressive number of albums with her husband Mike; from 1975's For The Record onwards. She's released a clutch under her own name too, including Good-Bye Peter Lorre (2005), Cuff Clout (2004) and The Nijinska Chamber (2006)--all on Voiceprint Records. Without doubt, her vocal delivery is stylised and idiosyncratic, ...