Born and raised in Toronto, Glenn has been performing on the Toronto music scene for the past three and a half decades. Over the years, he has developed a musical reputation for being a hard swinging, yet dynamically sensitive drummer capable of driving a big band, accompanying a vocalist or playing in a jazz trio… Glenn performs, tours with and/or records with some of Canada’s best known jazz artists including “Canada’s Sweetheart of Swing”, Alex Pangman and Her Alleycats; Clarinet and keyboard virtuoso Ross Wooldridge’s Tribute to The Benny Goodman Sextet featuring living legend Don Thompson on vibes and the one and only singer/songwriter extraordinaire Big Rude Jake!! One of the newest sensations on the swing/dance scene in New York is Sly Blue; when the boys come up to Toronto, Glenn regularly joins them to perform and/or record 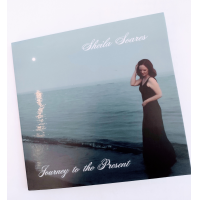 Label: Independent
Released: 2022
Track listing: Journey to the Present Rescued The Man Who Makes Me Lose My Mind Hot Lemon and Honey Kind of Gal Limelight I Don't Need to Tell You Everything Left Don't Sleep Credits

If We Never Meet Again - single 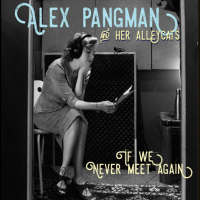 I Can't Believe That You're In Love With Me

Label: Self Produced
Released: 2020
Track listing: I Can't Believe That You're in Love With Me; A Nightingale Sang in Berkeley Square; It Might As Well Be Spring; I Love Being Here With You; The Gentle Rain; There Will Never Be Another You; More Than You Know; September In The Rain/On A Misty Night; The Look Of Love; Days Of Wine And Roses; My Romance; My Shining Hour