A native Californian, Gerald Albright grew up in South Central Los Angeles. After high school, he attended the University of Redlands where he received a B.S. degree in Business Management, minoring in Music. Immediately after college, Albright began to master his talent by working extensively in the studio with such artists as Patrice Rushen, Anita Baker, Ray Parker, Jr., Lola Folana, Atlantic Starr, The Winans, Olivia Newton-John, The Temptations, and Maurice White. He also toured with Les McCann, Rodney Franklin, Jeff Lorber, Teena Marie, Marlene Shaw, Debra and Eloise Laws, Quincy Jones, Whitney Houston, Phil Collins, and many others 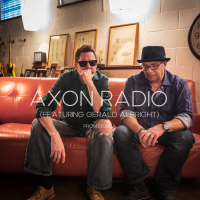 This month marks guitarist Ronny Jordan's 55th birthday. A trailblazer in acid jazz, his debut album The Antidote foreshadowed Miles Davis' embrace of hip hop with the album Doo-Bop by six months. Moreover, Jordan's track “After Hours" also had a profound impact on smooth jazz as you will read in the following interview. This interview was ...

Tribute to Art Porter Jr.: Reflections of a Grateful Art 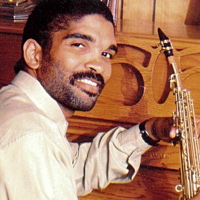 During the early to mid '90s, soprano and alto saxophonist-composer Art Porter, Jr. was charting a blazing course on the contemporary jazz soundscape. The 35-year-old Little Rock, Arkansas native had recorded and released four albums for Verve Records. He had been a guest on the albums of such titans as keyboardists Ramsey Lewis; Jeff Lorber (who ...

This week, StLJN's video spotlight shines on saxophonist Gerald Albright, who will be back in St. Louis to perform on Friday, June 16 at the Sheldon Concert Hall as part of “A Salute to Fathers and Mentors," also featuring singer Denise Thimes, saxophonist Tim Cunningham, and comedian James Stephens III. A native of Los Angeles, Albright ...

Walter Smith stands straight when he raises his tenor sax to his mouth to embark on a solo, or play enthralling, serpentine, contrapuntal lines in unison with band mates like Ambrose Akinmusire. [Check out “Confessions To My Unborn Daughter" from Akinmusire's When the Heart Emerges Glistening.] It's a muscular sound that emerged from his horn. Authoritative. ... 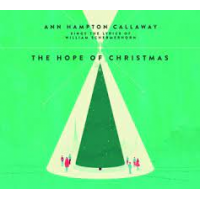