Born 1963 and educated in Boston, MA USA, Eric Zinman began piano studies at age 7. At age 11 he sang in a boy's soprano choir in Donald Martino's opera THE DIVINE COMEDY in the 70's. He continued to sing in musicals and choirs throughout his childhood and teenage years and piano studies with Angel Ramon Rivera, and jazz with Paul Barringer, and Don Hemwall. As a teenager he says he discovered Black Music and became completely immersed in that approach. He met musician/composer {{m: Bill Dixon = 6301}} in 1981. Zinman considers this the turning point in his musical life. Mr. Zinman also speaks highly of his studies with musician/pianist/composer Naqi Qamar. He continued his studies of modern music at the New England Conservatory of Music with {{m: Ran Blake = 5065}}, {{m: Jimmy Giuffre = 7059}}, and {{George Russell}} where he received an MM degree in 1985.

"No Is No" Is A Vivid New Release From Linda Sharrock 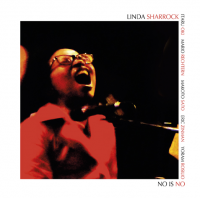 No is no, (Don't fuck around with your women) is a bright new offering from Improvising Beings. It features an extended concert from Linda Sharrock on vocals joined by an international ensemble that includes Itaru Oki on trumpet and flugelhorn, Mario Rechtern on reeds and saxolin, Eric Zinman on piano), Makoto Sato on drums), and Yoram ...

Eric Zinman goes to Europe each year on his own dime for a varying array of shoe string gigs with people who mean a lot to him as colleagues. He usually works with Mario Rechtern and people from a community in jny: Vienna that includes expatriate, Linda Sharrock. His most recent trip was especially ...

Rocks In The Sea 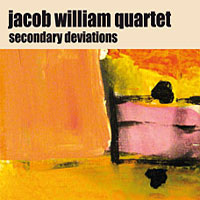 Jacob William made his way to the Boston area from Chennai, India. He made the music school rounds well after formative years in the homeland among his peers there. He cites reed multi- instrumentalist Anthony Braxton as an important mentor and makes a fabric of community in Boston over the course of his sojourns through Wesleyan, ...

Blaq Lghtn recently released its third disc, Tragedies of Love, a duet involving the elder statesman of Boston drummers, Laurence Cook with the mayor of Boston music, Jim Hobbs and his beloved alto saxophone. It is a work laden with the reflections one might expect in the William Blake form of Experience. If anything, both epitomize ...

Piano players are coming out of the woodwork at Outpost 186. Mothers Day saw an astonishing turnout for Matthew Shipp, who followed a solo set with a long awaited Jim Hobbs duet, sponsored in part by All About Jazz. A snippet of the night awaits below. After a respite from Memorial Day, Hans Poppel has a ...

By Stanley Zappa Laurence Cook is a national treasure. Why the cultural machinery would rather embrace bourgeois twaddle rather than reward Laurence Cook with a Guggenheim grant or Macarthur award or the key to the city of Cambridge is one of the more egregious betrayals of our modern day. Cook took the drum seat after Milford ...