New York guitarist and composer Eric DiVito has been leading his own groups and performing as a sideman in the NYC area since 2003. He has performed at many of NYC's top jazz clubs and live music venues including Smalls, The Iridium, The Kitano, The Garage, 55 Bar, Swing 46, The Flatiron Room, Tomi Jazz, and many more as well as regional and international touring. Eric performs a mix of traditional, straight ahead, bebop and modern jazz, often featuring his own original compositions. This includes music from The Great American Songbook as well as more modern jazz composers. Eric has also performed and recorded with some of NYC's greatest Jazz musicians and has worked in orchestras and jazz groups for Carnival Cruise lines and The Bateaux NY

Eric DiVito: The Second Time Around 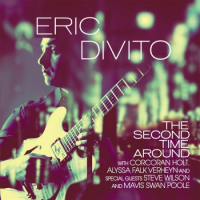 In his follow-up to his well-received debut release Breaking the Ice (2012, PJC Records), guitarist Eric DiVito's sophomore album The Second Time Around is a satisfying display of DiVito's dazzling abilities as a musician. With an impressive trio comprised of Corcoran Holt on bass and Alyssa Falk Verheyn on drums, DiVito provides the listener ...

The Second Time Around

Guitarist Eric DiVito's Sophomore CD, "The Second Time Around," To Be Released Nov. 12

The gifted guitarist Eric DiVito made a strong impression last year with his well-received debut Breaking the Ice and its program of original compositions. On his even more impressive follow-up, The Second Time Around, DiVito highlights his interpretive skills by concentrating on standards—from the Great American Songbook as well as modern jazz classics by Wayne Shorter, ... 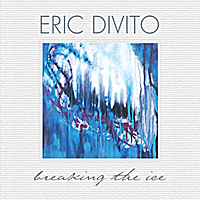 In the midst of a busy career as working musician and educator, New York guitarist/composer Eric DiVito has finally carved out the time to make his recording debut as a leader. Breaking the Ice, a quartet date co-produced by DiVito with Portland pianist/arranger Ezra Weiss and veteran jazz producer/promoter Todd Barkan, will be released on the ...