Echoes is a collectivist ensemble whose music pairs futuristic electronic sounds with focused improvisations to create a sound that is uniquely their own. Inspired by 21st-century ideals of cross-pollination and experimentation, the group augments its already unorthodox instrumentation with a variety of electronic instruments, loops, and triggers to explore new sonic and rhythmic territory together. Over the course of almost four years of touring and performing, their talents have brought them to venues all across North America, Europe, the Middle East and Asia. In August 2018, the band released its first EP, “Square Two,” and conducted an extensive tour of the West Coast of the United States

On his sophomore effort, West Coast-based pianist Dahveed Behroozi goes into a deeply atmospheric mode on Echoes. He is joined by a pair of blue ribbon sidemen in this piano trio affair. Drummer Billy Mintz, as a drummer-texturalist, is in a league with past greats Paul Motian and Jon Christensen, creating off-kilter, unsettled weather systems of ... 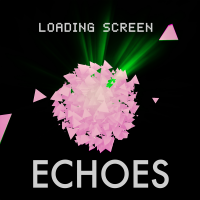 Danish pianist Søren Bebe plays a melancholy, minimalistic music almost shorn of rhythm. It is gentle and flowing and easy to get lost in. When one of his pieces ends, it can be like waking from a dream. “But is it jazz?" The jury is still out on that one and will be ...

A yearning reticence lies at the heart of Echoes, Norwegian pianist Soren Bebe's sixth trio disc. Stark yet beautiful at all times, Echoes follows in the spacious, introverted soundscapes of fellow Danish pianistsTord Gustavsen and the late Esbjorn Svensson. Neo-classical in structure yet open to the tides, the Bebe written title track leads off ... 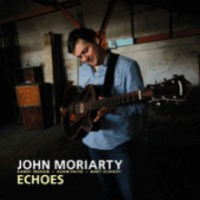 Adopting a traditional, straight-ahead approach to the quartet, Irish guitarist John Moriarty gathered three established New York-based musicians for one day in the Bunker Studios, Brooklyn. The title suggests homage, and there is a hint of classic Blue Note in the leader's clean lines--evocative of guitarist Jim Hall--and in half of the songs that delve into ...