After a couple of hapless years playing the piano and violin, Douglas Johnson switched to the double bass and went on to earn a bachelors’ degree in music performance from Northwestern University, studying with Jeff Bradetich. During his college years, Doug was a fellow at the Tanglewood Music Institute and the Bach Aria Festival. Upon graduation, he became Associate Principal Bass with the Honolulu Symphony and, after one season, returned to Chicago where he continued performing and started composing and improvising. He has performed with the Chicago Symphony Orchestra, the symphonies of Milwaukee and Elgin, as well as the Lyric Opera of Chicagom, Ars Viva, and the Chicago Composer Orchestra, and is active in contemporary chamber music, having recently performed with the C.U.B.E

Soundcloud and Bandcamp links added to All About Jazz Musician Profile

Meet Douglas Johnson: Douglas Johnson is a bassist, composer and bandleader in Chicago, Illinois. He earned a bachelors' degree in music performance from Northwestern University, studying with Jeff Bradetich, and has been a Fellow for the Tanglewood Music Institute and Bach Aria Festival.Doug served as Associate Principal Bass of the Honolulu Symphony ... 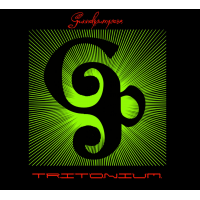 Spiritflake Music will release Gunnelpumpers' third album, Tritonium, on June 9, 2010. The CD features a complete set performed in front of a live audience at Chicago's Elbo Room on October 19, 2010. The CD was mixed by Rob Ruccia at Uptown Recording in Chicago and produced by bassist and bandleader Douglas Johnson. The self-described “progressive, ...