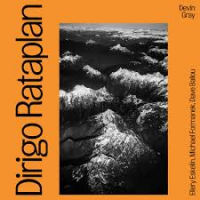 Dirigo Rataplan is a group led by drummer Devin Gray that contains three outstanding musicians with Baltimore ties, saxophonist Ellery Eskelin, trumpeter Dave Ballou and bassist Michael Formanek. They first recorded in 2012, and six years later they have released a followup CD, Dirigo Rataplan II, with a rambunctious inside-outside style that is based on strong ... 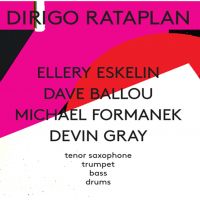 In today's crowded jazz market, it's an achievement to come up with a signature group sound. And yet, this is just one of the wonderful things immediately apparent on Devin Gray's Dirigo Rataplan. An amazing percussionist, Gray's stunningly detailed playing sounds like a cross between Fritz Hauser and Roy Haynes.He flashes some serious compositional ...

Devin Gray is only 28 years old but, in his case, age does not mean much. Already, in his debut as a leader, this Brooklyn-based drummer proves himself a mature and resourceful composer and promising band leader, one who can lead any outfit with the energy and colors produced from his drum set, as the Latin-French ...

Despite his youth, drummer Devin Gray has built an impressive resume and a well- deserved reputation as both an improviser and instrumentalist. His first CD as a leader, Dirigo Rataplan shows that he is not a slouch in the composition or bandleader department either. The record's title, loosely translated from Latin and French, ...