Dennis Irwin was born on November 28, 1951 in Birmingham, Alabama but grew up in Atlanta and Knoxville. Early in life he discovered music"inspired by older brothers who coached him in jazz early on"and began playing clarinet. As a teenager, his family moved to Houston, where he played in R&B bands playing alto sax and handling lead vocals. He attended North Texas State University studying classical music focusing on his clarinet. Two friends in the program, drummer John Riley and bassist Marc Johnson turned him on to the upright bass at the age of 19: he thus found his true calling and joined the school’s acclaimed Two O’Clock Big Band. In nearby Dallas, he worked as a sub with pianist Red Garland, who suggested Irwin move to New York

The immuno-booster series is back. After all and, sadly, the pandemic is everything but over so our need for soothing and uplifting music is greater than ever. As usual, we've asked a number of prominent jazz musicians to share with our readers the music they rely for encouragement. For this instalment the selectors were ... 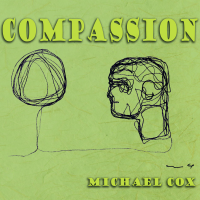 Compassion by saxophonist Michael Cox evokes thoughts of sausages. Specifically, how they're made and for what purpose. Think about it, have you ever had an unforgettable hot dog? No. Even if you ate one at the World Series, you could never call it memorable. That wasn't its objective. So, let's talk of cured meats. The luxury ... 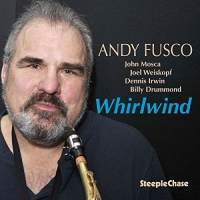 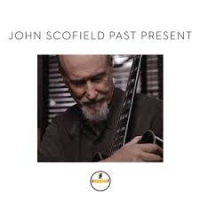 John Scofield and Joe Lovano at the Regattabar

John Scofield and Joe Lovano Regattabar Cambridge, MA September 18, 2015 John Scofield has appeared in so many different musical settings, particularly in the past twenty years, that it is easy to forget that while he is capable of exquisite blues, funk, rock and fusion, it is in ...

7
Article: Rhythm In Every Guise

"Some drummers get carried away and stop listening, maybe because we are doing four or five things at the same time. You want to see if things will work out or not, but you're not paying enough attention...We think we need to make everything happen, but it's not true: Everything is already happening, all you need ...