David K Freeman is a musician/producer based in Brooklyn, New York. He has traveled extensively to study music, including in the Dominican Republic and India. His work is infused with a passion for Jazz, Latin, and Folk music traditions. David is celebrating his latest album Overview Effect and remains an active member of the Outer Bridge Ensemble, The Biryani Boys, Sha’ar and collaborates on projects in the visual arts, dance, and film, including the composition and performance of original music for PBS' The Mind of a Chef and The Love Guru motion picture soundtrack. David has worked with notable artists such as Mike Myers (SNL), Douglas Keeve, Alan Cumming, Annie Lanzillatto Jimmy Buffett, Billy Martin (MMW), James Zollar, Gwen Laster, Daniel Carter, Fast Forward, Brent Green, Paul Rucker, Stephen Chopek, Nadine LaFond, Alicia Jo Rabins, Daniel Saks, Wyndham Boylan-Garnett, Lilah Larson, Lou Guarneri among many others 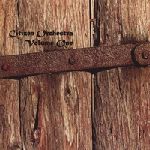 David k Freeman is the drummer/percussionist in pianist Steve Hudson's Outer Bridge Ensemble, which has released Outer Bridge (Self Published, 2005) and Seamless (Groovaholic Music, 2007). Freeman's Citizen Orchestra Volume One continues the attitude of Hudson's group, which is to create music that is the merging of many styles. Freeman studies tabla, and ...